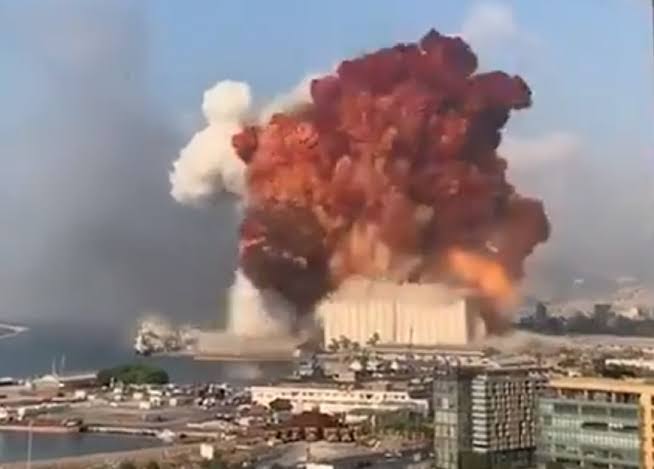 An explosion has hit Beirut, the capital of Lebanon leaving not less than 50 people dead with thousands injured.

According to the country’s National Council for Scientific Research, “a warehouse containing ammonium nitrate, a highly explosive material used for fertilizers, was the source of the incident.”

The council disclosed yesterday that the explosive materials were said to have been stored for the past four years.

Speaking with pressmen, the Minister of Health, Hamad Haasan, noted that 2,750 people were injured in the blast, which occurred at the Beirut port.

According to the country’s​ NNA News, the Secretary-General of the Kataeb Political Party, Nazar Najarian, was among those killed in the explosion.

The top politician was said to be in his office when the explosion occurred.