Dr Akinwumi Adesina, who is the re-elected President of the African Development Bank (AfDB), will today be sworn-in to serve a five-year term.

According to a statement by the AfDB yesterday, the ceremony will be held virtually at 9 a.m.

Adesina, Nigeria’s former Minister of Agriculture and Rural Development, was re-elected last week after getting 100 per cent votes of all regional and non-regional members of the bank.

The election took place on the final day of the 2020 Annual Meetings of the multilateral bank held virtually, and the Chairperson of the Board of Governors of the Bank, Mrs. Niale Kaba, Minister of National Planning of Côte d’Ivoire announced his victory, making him the first Nigerian to be elected and re-elected to serve as the bank’s president.

Christians urged to be obedient 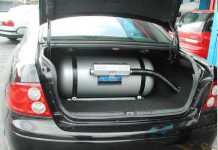