Spanish outlet Mundo Deportivo have reported on Wednesday that Arsenal have begun talks with Philippe Coutinho’s agent, Kia Joorabchian, over a possible move for the Brazilian.

It’s revealed that Joorabchian has been working “for months” on trying to get Coutinho back to the Premier League.

Of course, Coutinho left Liverpool to join Barcelona. However, he was sent out on loan to Bayern Munich for the 2019-20 season as he failed to cement a place in the Barcelona first team.

Mundo Deportivo believe that Arsenal are the “best placed” club to sign Coutinho from Barcelona.

Why? One reason forwarded is that Coutinho’s agent, Joorabchian, has a “great relationship” with Raul Sanllehi.

Raul Sanllehi is the head of football at Arsenal.

Arsenal want to include Matteo Guendouzi in the Coutinho deal

Mundo Deportivo also report on how much Arsenal want to pay for Coutinho.

Readers are told that the Gunners would consider offering Barcelona 50 million euros plus Matteo Guendouzi.

Barcelona, however, aren’t keen on that deal as they have no interest in signing Guendouzi.

Finally, readers are told that Leicester and Newcastle United have also been linked to Coutinho.

A move to Leicester, however, feels remote. Especially after the Foxes agreed a new long-term contract with James Maddison.

While Newcastle’s hopes of signing Coutinho would seemingly hinge of their takeover happening. And there’s been little to suggest that the takeover will receive a green light in the near future.

MANCHESTER, UNITED KINGDOM – SEPTEMBER 13: Kia Joorabchian looks on during the Premier League match between Manchester City and Chelsea at The City of Manchester Stadium on September 13, 2008 in Manchester, England. (Photo by Alex Livesey/Getty Images)

Arsenal recently agreed four new contracts, including signing Cedric Soares from Southampton on a 4-year deal while David Luiz will remain at the club for another 12 months.

What Cedric and Luiz have in common? Kia Joorabchian is their agent.

During an interview on TalkSport last month, which touched on the transfer talks with his clients, Kia Joorabchian dropped the following eye-catching comment:

It’s a case of allowing Arsenal to sort out everything that needs to be sorted out during this pandemic. There are several issues within the whole structure that will get resolved.

🙌 “David has been very clear that he is happy at Arsenal.”

📝 “I’m sure we will deal with this [contract] matter at a good time.”

🏆 “David believes the club has huge prospects [to win trophies].”

David Luiz wants to stay at #Arsenal, according to his agent Kia Joorabchian. pic.twitter.com/iU8GdFRmsK

Those comments triggered many into believing that Kia Joorabchian is deeply involved in the policy making decisions at the Emirates Stadium.

Joorabchian’s comments, however, shouldn’t really be a surprise when you consider that Edu, Arsenal’s technical director, is another Joorabchian client.

101 Great Goals provides ways to watch and bet on football matches. Purchases you make through our links may earn us a commission.

AUBAMEYANG WITH A WORLDIE! | Behind the scenes at Arsenal training centre

Dani Ceballos v Cedric Soares | What Do You Know? 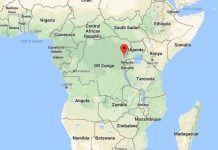 Solskjaer provides updates on Shaw & Williams ahead of Chelsea

Raul Jimenez admits it’s ‘incredible’ to be on radar of top...