Dani Ceballos has this evening taken to social media, to firmly shut down reports that he and David Luiz recently came to blows during a training ground bust-up.

Mikel Arteta’s men are set to return to action following the international break this weekend.

The Gunners will make the trip to Elland Road on Sunday, for a Premier League meeting with Marcelo Bielsa’s Leeds.

Arsenal will of course head into proceedings desperate for a bounce-back result, on the back of a frankly embarrassing display in the club’s last outing.

The north Londoners welcomed Aston Villa to the Emirates two weekends ago, aiming to build on an impressive win at Old Trafford in their prior outing.

When all was said and done, however, a harrowing 90 minutes for all associated with the club eventually saw Arsenal downed by 3 goals to nil.

Arsenal manager Mikel Arteta on the touchline during the Premier League match at the Emirates Stadium, London. (Photo by Andy Rain/PA Images via Getty Images)

The latest word doing the rounds in the media on Thursday, though, suggests that Arsenal’s preparations for the club’s trip to Elland Road have not exactly gone swimmingly to this point.

This comes amid claims of a major training ground bust-up during a recent Gunners training session.

In fact, as per David Ornstein of The Athletic – regarded as highly reliable when it comes to Arsenal news – two of the club’s stars came to blows following an incident at London Colney last Friday.

The players in question were Dani Ceballos and David Luiz.

It is claimed that, after the former left Luiz grounded with a dangerous late challenge, the Brazilian responded by striking Ceballos on the nose, leaving a scratch which drew blood:

As outlined above, though, one of those said to have been involved has since vehemently denied that the incident in question ever even took place.

It now remains to be seen whether Ornstein, or any other with knowledge of the situation for that matter, bites back at the Arsenal midfielder.

Can Salzburg’s Dominik Szoboszlai be the player to change Arsenal and unlock Mikel Arteta’s master plan?

📸 PHOTOCALL DAY AT COLNEY | Behind the scenes at Arsenal training centre

NAME OUR LAST 15 SIGNINGS | Lisa Evans vs Jen Beattie | What Do You Know? 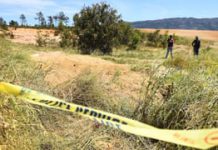 Zidane hints Eden Hazard will be involved for Real Madrid vs...