Arsenal have been on a determined run of form in both the league and their proactiveness in the market to move on players deemed surplus to requirements. Bosnian international Sead Kolasinac was loaned out to Schalke until the end of the season. The 27-year old was signed from the German club several years ago but has ultimately failed to establish himself as the club’s number one left back with the arrival of Kieran Tierney.

Arsenal have got Sead Kolasinac’s MASSIVE wages off their books #AFChttps://t.co/ov4jUwkDBF

The reportedly high wage was important for The Gunners to move off of the bill as soon as possible ahead of a more permanent move in the summer should one materialize.

Arsenal’s finances are typically ones which have an element of restrictiveness about them and so where money can be saved by moving players on or temporary loaning of talent, Arsenal are clearly in the market to make things happen.

William Saliba, the young French centre-back arrived from St Etienne in 2019, has also left on loan for Nice in France. The 19-year old is considered to be a high profile prospect however minutes in the senior squad were not available and Arsenal want him to be playing and so therefore a loan move back to his native France made a lot of sense.

The biggest possible departure would be that of former German international Mesut Ozil. The 32-year old has been linked with moves to both Fenerbahce and DC United and could forego a large amount of money in order to secure a move away from the Emirates. This is something which Arsenal would be reportedly very interested in as the amount of money could rise up to a figure in the region of £7 million.

Mesut Ozil is prepared to forego the roughly £7 million ($9.5m) still owed to him by Arsenal to leave the club on a free, reports the Athletic. pic.twitter.com/w6yrpo4t1b

However, one player whose future seems to be still in the red and white of The Gunners is that all German centre-back Shkodran Mustafi. The former Valencia defender was linked with a move away from the club as his contract expires in the summer. Clubs such as Barcelona were monitoring the situation with their own injury issues at the back.

Arsenal coach Mikel Arteta though is seemingly counting on the long-serving German to remain at the club until at least the end of the season as Arsenal’s defensive numbers thin with the departures that the club has sanctioned.

“His future right now is here. We have Papa that probably is going to leave this window, William has already gone on loan, so we don’t have that many right now. Gabi’s been out now for a period, David has been injured, so the situation is different to before,” said Arteta.

“His future right now is here. We have Papa that probably is going to leave this window, William has already gone on loan, so we don’t have that many right now. Gabi’s been out now for a period, David has been injured, so the situation is different to before.” pic.twitter.com/0zfs7yopWO

Arteta mentioned the likely departure of Sokratis who has been linked With a move to Real Betis in Spain. The Greek defender has not played a single minute of senior football for Arsenal this season after being omitted from the Premier League and Europa League squads. 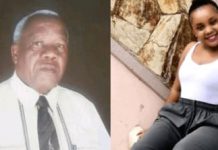 Frank Lampard admits to being disappointed by lack of time in...