Police in Murang’a County have arrested one Assistant Chief and launched a search for another one as well as a policeman for allegedly defiling a secondary school girl.

The trio were reportedly tracked to a forest where they were caught in the act by angry villagers on Wednesday.

The two administrators, one from Tuthu and another Wanjerere, and a police officer are said to have lured a Form 3 girl into a thicket at Aberdare forest and defiled her.

An elderly woman who saw the trio get into the forest with the minor raised alarm and villagers showed up on scene.

The enraged area residents apprehending one of the assistant chief’s, who is currently in custody, and beat him up before police arrived and whisked him away while the two other suspects escaped through the forest.

The 16-year-old girl told Citizen Digital that one of the administrators has been trying to entice her with goodies in an attempt to make her give in to his advances.

Police Commander John Ngare confirmed the incident saying they have since commenced investigations into the matter.

Eeducation Cabinet Secretary Prof. George Magoha condemned the act assuring residents that he will ensure the officers are brought to book.

#BBNaija: That Was An Edited Video – Mercy Eke Responds To...

Banditry/Terrorism: Northeast Governors Advocate Use Of Heavy Artillery By Police 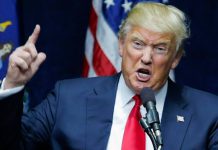 COVID 19: US Warns Citizens To Reconsider Travels To Nigeria