#BBErica has gotten her third and final Strike in the game and has hereby been immediately disqualified from the #BBNaija House.https://t.co/uAkXPXUILr #BBLiveBlog pic.twitter.com/4gJAFm8hlW

In the history of Big Brother Naija, Erica is the third housemate to be disqualified from the show after Tacha from Season 4 and Kemen from Season 3.

Ebuka returns to the housemates to show some highlights and holds a little chat with them.

Responding to Ebuka’s question on who she thinks has the best strategy among the remaining housemates, Nengi said Prince.

Ebuka calls out Kiddwaya… only to tell him that he is saved!

The next housemate to be evicted from the Big Brother house is Lucy!

Now, Ebuka is having a chat with Lucy and she explains why she didn’t bother to hug housemates before leaving. “I don’t want to start crying”, she said.

Speaking about her disagreement with Erica and Kiddwaya, Lucy said they are always different people when they are in the HoH room as they tend to be nice and cool when they are out of their regime and something else once they have the HoH power.

Speaking on her plans after leaving the house, Lucy makes it known that she would be focusing on her food business and this time, it would be a full-blown restaurant.

Neo speaks on fights generally in the house and he thinks it’s a constant strategy for many housemates.

Ebuka calls on TrikyTee and announces he is saved! He was surprised!

And Ebuka finally announces that all housemates are saved!

Apparently, if Erica was not disqualified, Vee would have been evicted based on the votes statistics this week.

How viewers voted in BBNaija this week

‘The Milkmaid’ Selected As Nigeria’s Entry For 93rd Oscars

COVID-19 worsens Europe’s inequalities in yet another way – the fertility... 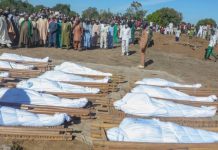 You Can Never Attain Respect From Normal Human Beings – Chidi...