Updates on the fitness of a pair of Manchester United stars have been forthcoming on Tuesday.

First up, Brazil have provided an update on the situation surrounding Alex Telles.

The stopper has featured just once for United since joining from FC Porto during the summer, having tested positive for Covid-19 in October.

Despite this, Telles went on link up with his national side for the latest international break.

However, on Monday, Brazil released a statement, in which they revealed that Guilherme Arana had been called up, due to Telles’ health.

This sparked some confusion, as it appeared unclear why the Selecao opted to call up the Red Devils full-back in the first place, whilst he remained in self isolation.

On Tuesday, though, some clarity has been provided.

“The defender already had the disease, was asymptomatic and with a non-transmissible condition of the virus, but he could not travel to Uruguay.

“On the last exam, however, Telles’ test came back negative and the defender was released for the game.”

🇧🇷 @CBF_Futebol have some good news regarding Alex Telles 👀#MUFC

On a slightly less positive note for Man United, star striker Anthony Martial appears to have picked up a knock whilst on international duty.

The issue doesn’t sound too serious, but will nevertheless come as worrying news for the Red Devils.

As per Premier League injury expert Ben Dinnery, Martial has been flagged as an injury concern by France, and trained away from the country’s main group on Monday due to a back complaint:

Anthony Martial is flagged as an injury concern ahead of #FRA Nations League fixture with Sweden tonight. The Manchester United attacker trained away from the main group on Monday evening due to a back complaint.#MUFC

PODCAST: The origins of the Brucella Bacteria

3 of the four suspects caught on CCTV robbing Nairobi residents... 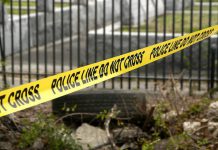 ‘Tried my best’ – Arteta assures he handed Mesut Ozil every...