Che Adams was not pictured in training ahead of Southampton’s clash with Liverpool on Monday night but will have Danny Ings available.

Southampton have faced issues with Danny Ings’ fitness this season but could now be concerned with his strike partner Che Adams. Ahead of the Saints’ match against Liverpool, the southern club released photos from their training session and there was no sign of Adams in any of the photos.

Adams was replaced on the 58th minute by Shane Long in the 0-0 draw with West Ham – the Irish international was seen training ahead of Monday’s clash. However, at the time, no mention of an injury was spoken of after a fairly uninspiring performance.

Head coach Ralph Hasenhuttl was not present for the match with the Hammers due to self isolation. With plenty of cases now appearing across the Premier League there is the chance that Adams could have been missing from training due to a possible link with the infection. This is however yet to be confirmed.

The good news for Southampton was that Danny Ings returned for the match with West Ham and will face his former club Liverpool hoping to get on the scoresheet. The ex-Burnley striker has been pivotal to Southampton’s good form this year after two impressive seasons on the south coast since leaving Merseyside after a string of horrific injury issues.

SOUTHAMPTON, ENGLAND – DECEMBER 13: Che Adams of Southampton celebrates with teammates Jannik Vestergaard, Danny Ings and Theo Walcott after scoring their team’s first goal during the Premier League match between Southampton and Sheffield United at St Mary’s Stadium on December 13, 2020 in Southampton, England. A limited number of spectators (2000) are welcomed back to stadiums to watch elite football across England. This was following easing of restrictions on spectators in tiers one and two areas only. (Photo by Naomi Baker/Getty Images)

Liverpool are desperate to get back to winning ways after just two victories in their last 5 league matches. The Reds have faced injury issues of their own throughout the season having lost Joe Gomez and Virgil van Dijk to long-term knee problems.

This has meant that Jurgen Klopp has fielded many second string defenders such as Rhys Williams and Nathaniel Phillips. Phillips spoke ahead of the match with Southampton about his wariness and readiness of facing Danny Ings.

“He has really found his feet when he’s been playing games and he has managed to get some momentum himself and get on the scoresheet quite often. So we’ll have to be aware of him,” Phillips told Liverpoolfc.com.

“But we’ll have to approach the game like any other game and be prepared for everything. And hopefully come out of that with three points.”

“They’re doing really well, so it’ll be a tough game again. But we’ve got to pick ourselves up, take the point [from Newcastle] and move on to the next game and push for three points in that.”

A win for Southampton would put them up to 29 points and on par with third place Spurs. Meanwhile, Liverpool cannot afford to drop any further points with Manchester United currently level with the Champions.

Take a look at one of the most unique years in recent history, as…

Canada based NGO helps with PPEs in SADC region

PDU: Expressway to slash the Westlands-JKIA 2-hr commute to just 15... 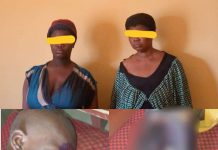 Regina Askia returns to the screens with 'Web' directed by Oluwole...