An insight into Chelsea’s plans for youngster Tino Anjorin has been forthcoming online this weekend, ahead of the imminent opening of the January transfer window.

19-year-old Anjorin has long been viewed as one of the most promising young talents on the books in southwest London.

The English youth international is an attacking midfielder by trade, but is also more than capable of lining out in a more orthodox central role in the middle of the park.

Anjorin’s starring displays at youth level saw him named the captain of Chelsea’s Youth Cup side in 2019/20, with a further 5 goals and 2 assists across 7 appearances thus far this season having only seen the teen’s star continue to rise.

In turn, it has not come as too much of a surprise to see Anjorin handed a regular spot in Frank Lampard’s senior Blues setup of late.

The midfielder even made his Champions League bow earlier this month, playing 80 minutes of the club’s 1-1 group stage stalemate with Russian outfit Krasnodar.

Despite his unquestionable talent, however, it goes without saying that Anjorin remains some way down the attacking/midfield pecking order at Stamford Bridge at present.

With the Dorset native also looking more than ready for consistent senior football, though, a potential loan departure from the English capital upon the opening of the winter transfer window had been touted in the media of late.

And, as outlined above, an insight into Chelsea’s stance on such a possibility has this weekend been forthcoming.

As per a report from reliable outlet The Athletic, however, Anjorin will be going nowhere in January.

It is claimed that a whole host of clubs from both the Premier League and Championship have enquired as to the gifted starlet’s availability.

All, however, have been met with the firm response that Anjorin is absolutely not available for loan, with Lampard and co. said to view the midfielder as important cover for the Pensioners’ first-team squad.

Composition of Parliament: Executive can no longer ‘bulldoze’ its way with... 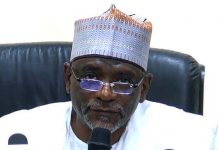 Ashgold too strong for Oly