It said the country had 930 active cases with confirmed cases of the novel disease recorded totalling 52,933 as of December 8.

The Service also indicated on its website monitored by the Ghanaian Times yesterday that, four people were in critical condition while 11 were in severe state.

It added that 51,676 people had recovered from the disease but unfortunately the death toll is currently 327.

The Service said it had so far conducted 620,148 tests since the outbreak of the disease in March this year with a positivity rate of 8.5 per cent.

On the regional case count, Greater Accra leads with active cases of 511 after recording 29,018 cases out of which 28,379 have recovered and have been discharged.

Central has 2,060 cases with 2,031 recoveries and discharges, followed by the Bono East Region with 788 cases out of which 773 people had recovered and been discharged.

The Volta Region, the GHS said, had a total of 713cases out of which 676 were recoveries and discharges thereby leaving the region with 26 active cases.

Western North follows with 662 cases out of which 657 people have recovered and have been discharged.

Bono Region has a total of 615 recoveries and discharges out of 619 cases leaving it with three active cases and the Northern Region has 535 recoveries with 556 cases.

Also, the Service said only two regions had so far not recorded any active cases. They included theSavannah and Upper West regions.

More so, the Service indicated that cases of international travellers (KIA) were 384 out of which 159 persons have recovered.

Based on these statistics, the Director-General of GHS, Dr Patrick Kuma-Aboagye at the Minister’s Briefing in Accra on Thursday implored Ghanaians to be cautious going into the yuletide so as to minimise a spike in COVID-19 cases in the country.

According to him, the number of key activities in December such as the Christmas festivities and the just-ended general elections had the potential to increase the number of cases, for which reason people must stringently adhere to the safety precautions. 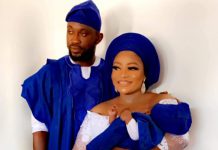 Fulham knew about the Tottenham rescheduling before the FA Cup 3rd...