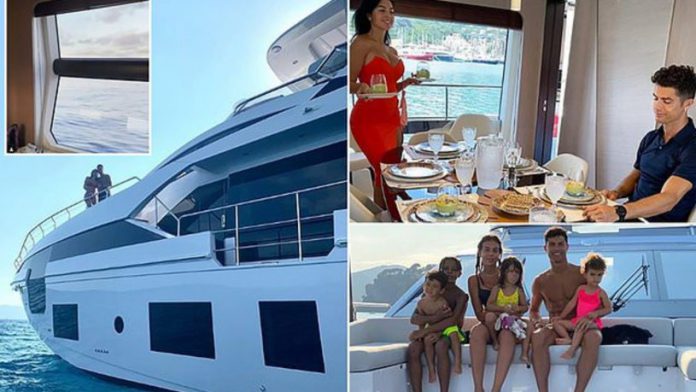 In a bid to celebrate the winning of yet another league title, 35year old Portuguese International, Cristiano Ronaldo has bought a £5.5 million luxury yacht.

The vessel boasts five cabins, six bathrooms, a large lounge as well as a kitchen.

Cristiano’s girlfriend Georgina Rodriguez shared images on Instagram to give fans a peek inside even as they set sail for the first time last week after the yacht caught the five-time Ballon d’Or winner’s eye at the Azimut-Benetti shipyards in Viareggio.

Juventus were confirmed Serie A champions after a 2-0 victory over Sampdoria on Sunday and it’s the seventh league title of Ronaldo’s career.

The Weeknd Calls Out Grammy Awards For Nomination Snub