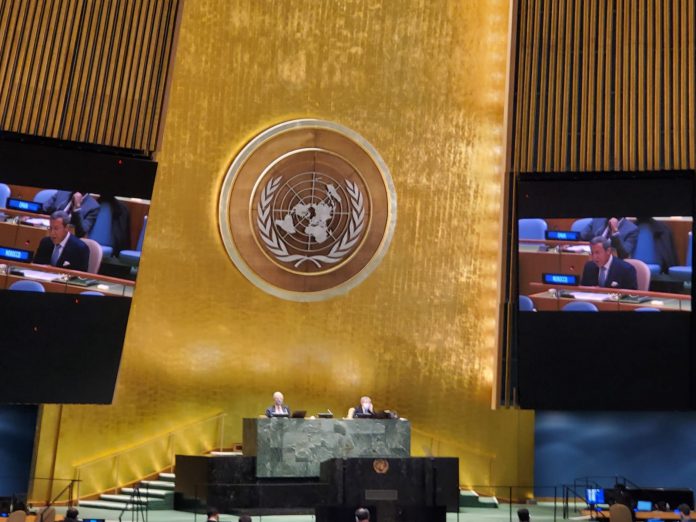 Morocco and the United Nations will be marking the first-ever International Argan Tree Day on May 10th, 2021. The Argan tree, a tree specific to the Kingdom of Morocco, will thus be celebrated every year on May 10, as an intangible cultural heritage of humanity and ancestral source of sustainable development.

The proclamation of the International Argan Tree Day was announced on March 3, 2021, when the UN General Assembly adopted by consensus a draft resolution initiated by Morocco and hailed by all United Nations’ member states.

This milestone is a culmination of Morocco’s quest to mobilize the international community to protect and further develop the country’s Argan industry. It is also an international recognition of the Kingdom’s efforts, guided by His Majesty King Mohammed VI, to call attention to the Argan tree’s significant value, with the launch of a comprehensive program for theplanting of 10,000 ha of Argan trees in the Souss-Massa-Draa region, Morocco.

The UN resolution highlights the key role of the Argan tree sector in achieving the 2030 Agenda goals and its contribution to sustainable development in its economic, social and environmental dimensions. It also underlines the key role of this sector in achieving the Sustainable Development Goals, including SDG 5 on the financial empowerment and emancipation of women in rural areas; strengthening social and solidarity economy as a means to implement the SDGs; eradicating poverty in all its forms and boosting human development by supporting cooperatives and other agriculture organizations working in the argan field.

Praising the achievement, HE Omar Hilale, Morocco’s Permanent Representative to the United Nations said:“Protecting this cultural heritage lies at the very heart of the missions undertaken by the Kingdom of Morocco and theproclamation of International Argan Tree Day is a recognition of these efforts. Marking this day is an invitation to learn, share and celebrate this ancestral tree, which produces the most coveted oil, often called as the country’s ‘Liquid Gold’. It is also a way to leverage culture as a lever for sustainable socio-economic development.”

A high-level event will be organized to mark this first celebration and will be chaired by Aziz Akhannouch, Morocco’s Minister of Agriculture, Fisheries, Rural Development, Waters, and Forests, as well as high-ranking speakers, notably:

The event, slated to take place on May 10 from 2 to 4 pm UTC, will be streamed live on the United Nations Web TV, YouTube, and social media.