The ministry announced 53 deaths, bringing the total death-toll nationwide to 7,405.

And 553 patients were discharged from quarantine at isolation hospitals, raising Egypt’s total tally of recovered cases to 110,015.

Egypt has officially entered the second wave of the pandemic, after cases have risen steadily over the past month.

Government officials continue to urge the public to adhere to precautionary measures against the virus, and the Egyptian Cabinet has called on authorities to strictly enforce the country’s mask mandate, which applies to all public transportation and indoor public spaces.

The Egyptian government has denied rumors that university studies would be suspended and midterm exams postponed amid the second wave of the coronavirus.

These educational institutes will continue as usual, it stressed, with exams being held according to schedule for the current academic year with all precautionary measures being followed to curb the outbreak.

The Health Directorates across the governorates declared high alert, and the Religious Endowments Directorates stressed the sterilization and disinfection of mosques.

Mosque workers formed teams in front of each mosque to prevent the entry of any worshipers without a facemask, and some universities have resorted to remote study starting on Sunday.

Assistant Egyptian Health Minister Noha Assem said that Egypt is at the center of the second wave of coronavirus, stressing that citizens need to be cautious amid the rapid increase in the numbers of infections.

Assem said that public adherence to the precautionary measures will affect the fate of the infection curve. She stressed that everyone is responsible for his or her behavior and the people around them, especially if they are among vulnerable populations.

Several countries have imposed full lockdown measures following a second outbreak of the virus that began in October.

DGSN, 2M TV to Raise Awareness of Violence Against Women in... 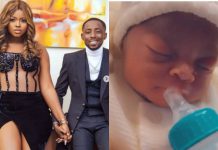 Moderate weather for Egypt on Sunday