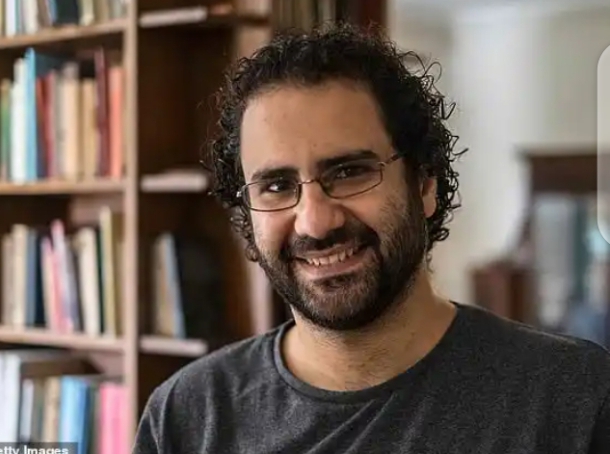 The Uniter Nations has demanded Egypt immediately release a jailed British blogger who has been on hunger strike for seven months, warning his life is ‘in great danger’.

Alaa Abd el-Fattah, a prominent Egyptian-British activist and blogger, was sentenced in December 2021 to five years in prison on charges of spreading fake news.

The 40-year-old has been on hunger strike for 220 days against his detention and prison conditions.

Abd el-Fattah’s family on Tuesday November 8, told world leaders at the COP27 climate conference that they had not heard from him since he spoke about his decision to stop drinking water, as U.N. High Commissioner for Human Rights Volker Turk called for his immediate release.

‘We don’t know where he is. We don’t know if he’s alive,’ Abd el-Fattah’s sister Sanaa Seif said during the UN climate summit, held at the Red Sea resort of Sharm el-Sheikh.

I asked the British authorities to get us some proof that Alaa is alive and conscious, I did not get any response.’