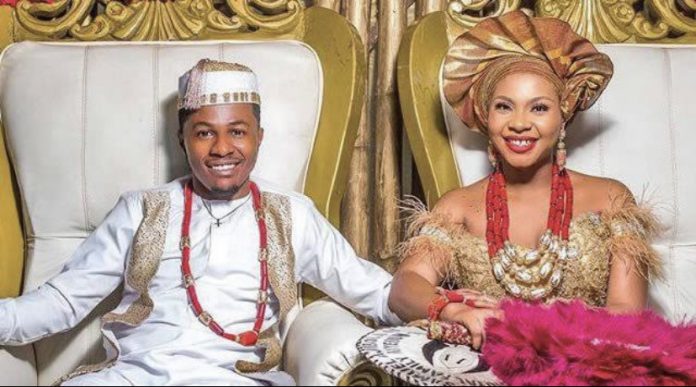 Samuel Ajibola, the Nigerian actor, and Sandra, his wife, have announced the arrival of their first child together.

The film star disclosed this in an Instagram post, accompanied by pregnancy photos of his wife on Monday.

In the post, Ajibola appreciated his wife for “multiplying his seed” and also reiterated his love for her.

“I can’t thank God enough for you babe. He has used you to multiply my seed. Love you to bits @sandraajibola,” he wrote.

Sandra also took to her Instagram handle to express her excitement at becoming a mother. She said her pregnancy experience was a journey that “ended in glory.”

“What more can I say than thank you Lord. A journey that ended in glory,” she wrote.

He later featured as a child actor in other films including ‘Without Love’, ‘Shame’, ‘Eye-witness, ‘Onome II’, ‘Conspiracy’, ‘Street Kids’ and ‘Day of Reckoning’.

However, it was his role as ‘Spiff’ in ‘The Johnsons’, a TV series produced by Rogers Ofime, that shot him into prominence.

In 2017, he won an Africa Magic Viewers Choice Award for his role in the popular series. Ajibola announced his exit from the TV series via his Twitter page in May.

KZN floods: Report into R1bn relief funds might be released in...