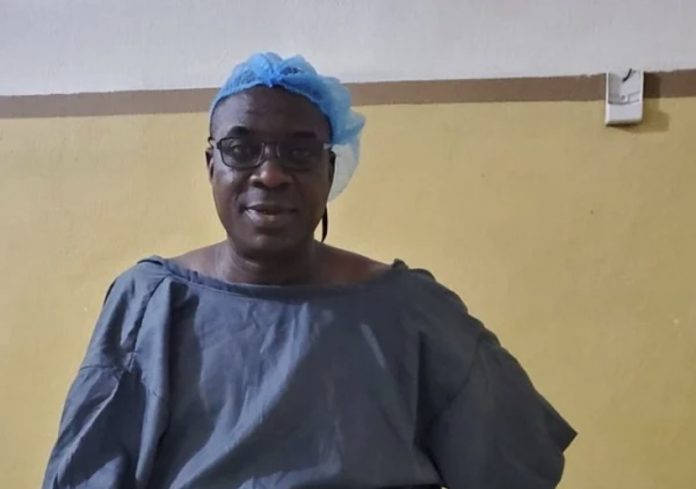 Fuji musician, Wasiu Ayinde, known as Kwam 1, has gone for surgery while the ailment is not yet undisclosed.

A friend of the fuji legend, Bolaji Basia, announced this on his Instagram page.

In the post, Basia said Kwam1 just had a “minor surgery”, adding that he is fast recovering.

“Hmmm. When he sang bobo nogo die unless to ba darugbo, it was like fun… But, it’s becoming a prophecy right now. Minor surgery though but I still give thanks to almighty God for the success”.

Basia, however, did not said anything about the ailment Kwam 1 was treating.

This comes days after the singer and other friends gathered to celebrate Basia’s birthday on June 25.

Kwam 1 is believed to have undergone several other surgeries in the past. One was in August 2019, when he reportedly went under the knife after severe pain in the throat.

In 2018 also, reports had it that he embarked on a medical journey to Canada to treat respiratory complications.

He has also been in the spotlight for several controversial issues since last year including allegedly assaulting Wole Sorunke, an Ogun-based broadcaster, at an event.

Recall that Kwam 1 was also accused of having an extramarital affair with Olori Ajoke, Alaafin of Oyo’s youngest wife — an allegation he denied.

Seun Kuti: Parents should not compel kids to be like them