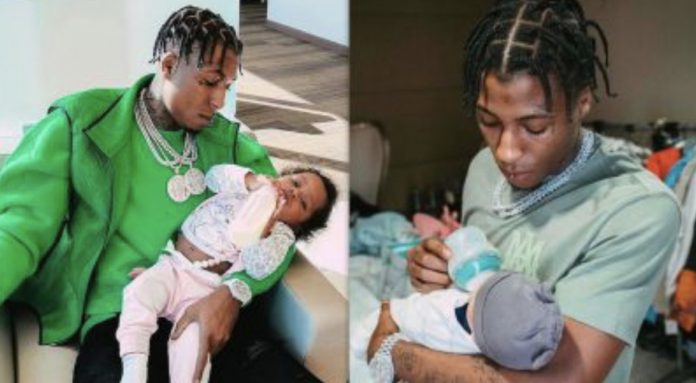 American rapper, NBA Youngboy has welcomed his 10th child and he allegedly has six more on the way. YoungBoy announced the birth of a baby boy whose mother is the rapper’s fiancée, Jazlyn Mychelle
The 22-year-old posted a photo of him feeding their newborn son on his YouTube channel.
“We got left today for a little but it’s cool,” he captioned the special moment.
Meanwhile, another report claims he’s expecting six more kids as six other women all claim to be pregnant for him.
According to report, all six kids could drop in the next six months at a rate of one baby per month!
Recall that, NBA Youngboy welcomed his 9th child earlier this month and he’s already up to 10!
The rapper’s other children are named Alice, Armani, Kacey, Kamiri, Kayden, Kentrell, Kodi and Taylin