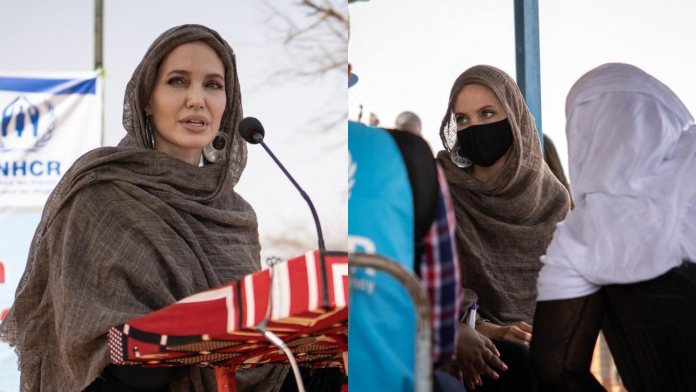 Hollywood known act, Angelina Jolie recently paid a visit to a refugee camp in Burkina Faso housing thousands of Mali citizens who had fled jihadist attack in the region.

Her visit to the camp at Goudebou, in the North-East of the landlocked West African country followed part of her role being an ambassador for the United Nation High Commissioner for Refugees.

To mark World Refugee Day, the actress hailed the Burkina-Faso people for allowing refugees even as they battle their own insurgency.

“I have marked this day every year for 20 years with refugees in different countries”.

“I have never been as worried about the state of displacement globally as I am today,”

During the visit, with her was the Burkina Faso’s Foreign Minister, Alpha Barry.