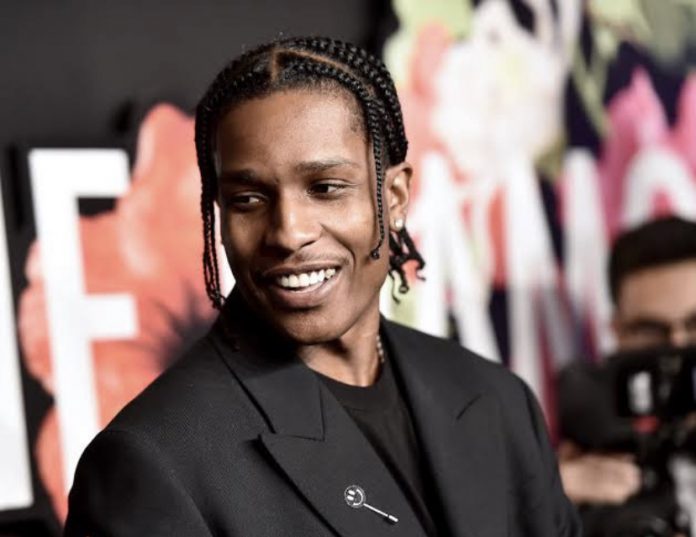 After his arrest in relation with a 2021 shooting, popular American rapper, A$AP Rocky has been released on $550K bond.

He was earlier arrested by the police at Los Angeles International Airport, while leaving the Los Angeles Police Department headquarters on Wednesday.

He was arrested on assault with a deadly weapon (firearm) that had to do with a shooting in Hollywood last fall.

The Los Angeles Police Department announced his release via a statement on Twitter.

According to the police,  “The argument that happened on the nightof November 6, involving two acquaintances in the Hollywood areaof Los Angeles, escalated and resulted in the suspect firing a handgun at the victim. The victim sustained a minor injury from the incident and later sought his medical treatment. Following the shooting, the suspect and two additional males fled the area on foot.

“The suspect has been identified as 33-year-old Rakim Mayers, a Los Angeles resident, also known as music artist A$AP Rocky.

One of the victims alleged the rapper shot at him several times, and at least one bullet scraped his left hand.

According to the LAPD, the case will be presented to the Los Angeles County District Attorney’s Office.

“The owner of Gistlover blog has entered my trap” – Apostle...