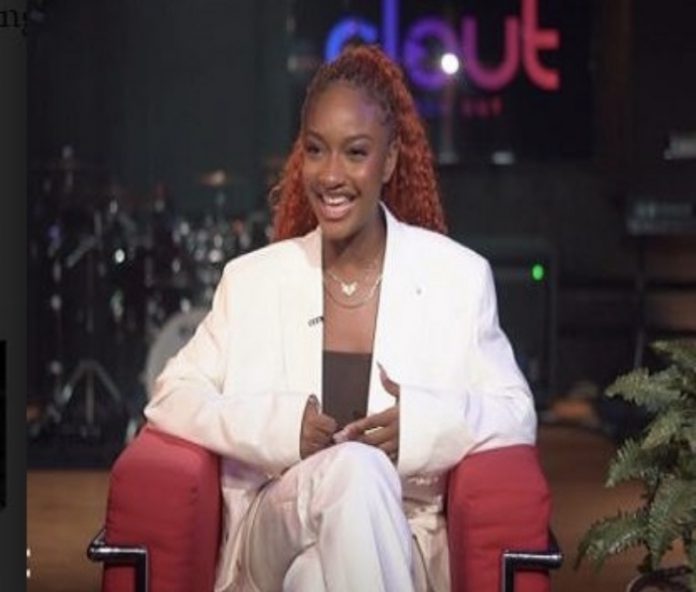 Ayra Starr was unveiled as a Mavin Records artist earlier this year, alongside the release of a self-titled debut EP within the same week.

With the EP, the songstress announced her emergence and entry into the mainstream of the Nigerian music scene with hit songs like “Sare” and “Away.”

Recently, the “Bloody Samaritan” singer while having her cover shoot for “Clout Magazine” revealed in an interview with “Clout Africa” that her boss’ presence serves as a great motivation whenever she is writing songs to bring out the best in her.

According to her, Jazzy gives creative freedom to his artistes and will always encourage them to try out any idea they may have regardless of having weird feelings about them.

“If I’m around Jazzy, I’m writing like 5 songs, 4 songs. He has that ginger that you’re like, “Okay, Jazzy is here. You know he took his time to come and stay with me at this session, I cannot mess up.

“So, with Jazzy, I like to write music around him because I just think very fast. Because I’m kinda like under pressure a little. But I work really well under pressure. So, I’m like working very fast.

“And also with Jazzy, he has this thing, that he just gives creative freedom. Do your thing. No matter how weird it is. It might sound weird to you but he’ll be like, “Do it, just do it. Like he allows me to just do my own thing every single time.”

Indomitable lions beat Samba boys of Brazil but bow out of...

Nigerians suffer so much injustice – Falz