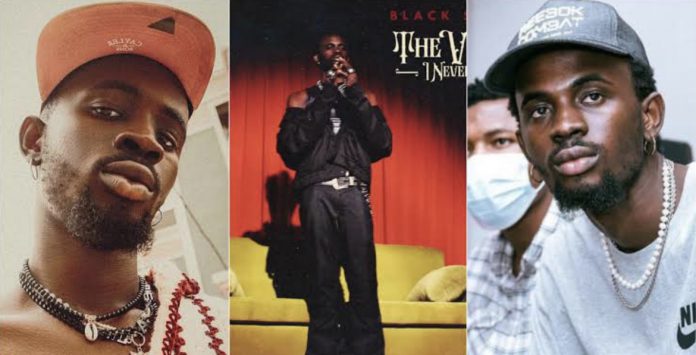 Ghanaian music star, Black Sherif, has shared the tracklist of his Much-anticipated Album, as he gears his fans up for the big day Thursday, October 6, 2022, when it will be officially released
The 14-track album, “The Villain I Never Was” which has stirred up good reactions online, has only one featured act and already released songs like Kwaku The Traveller, Second Sermon Remix, and the recently released song Soja.
The list shared via Apple Music includes The Homeless Song, Oil In My Head, 45, Prey Da Youngsta, Sad Boys Don’t Fold, Konongo Zongo, Waste Man, We Up, Toxic Love City, Don’t Forget Me, and Oh Paradise.
Meanwhile, fans are already excited ahead of the album’s official release on Thursday, October 6, 2022, and are tipping it as Ghana’s hope of bagging a Grammy nomination.
However, Blacko chalked his first international nomination as he was listed amongst nominees for the BET Hip Hop Awards Best International Flow.

Betty Irabor: How I battled with low self esteem and depression