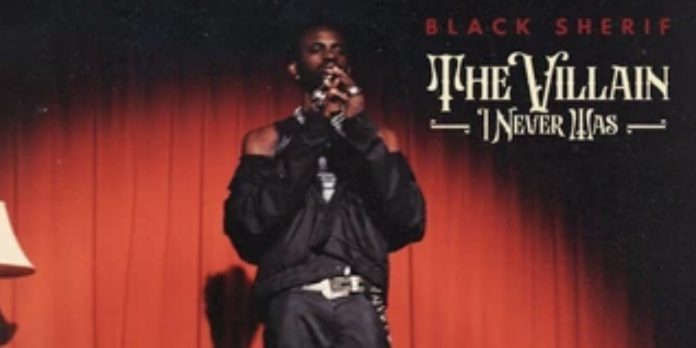 Ghanaian Rapper, Black Sherif has unveiled the cover art for his forthcoming debut album, titled, ‘ The Villain I Never Was’, set to release on Thursday, October 6, 2022.
This comes off after an impressive global charting year with singles like Second Sermon Remix, Kwaku The Traveller, and recently, Soja

Meanwhile, the 20-year- the old rapper is poised for action as his sound has been co-signed by several industry such as Timberland, DJ Khaled, Busta Rhymes, Popcaan, among others.

However, ever since he made his breakthrough onto the music scene, the talented Ghanaian rapper and entertainer have been the center of attraction while dropping back-to-back hit songs as well as delivering electrifying verses on songs he features.