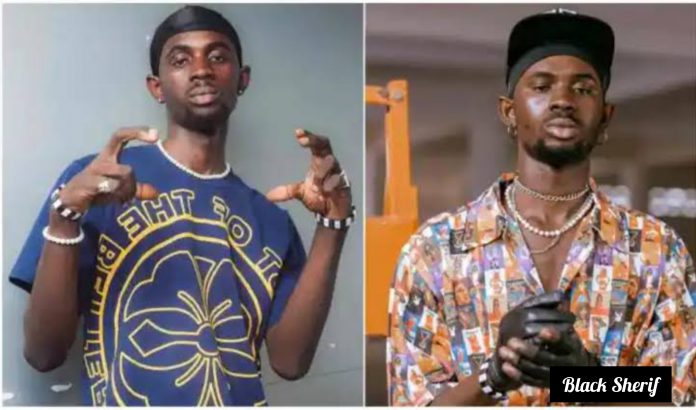 Ghanaian Rapper and songwriter, Black Sherif, also known as Blacko has bagged the 2022 Artiste of the Year award in the just-concluded Ghana Music Awards in UK.
The 20-year-old singer has been on the rader this year and easily beat eight of the most talented award-winning Ghanaian artists to win the Artiste of the year award.
Sarkodie, Stonebwoy, King Promise, Akwaboah, Kuami Eugene, Diana Hamilton, Celestine Donkor, and KiDi were no match for the rapper.
Blacko also received four other awards; the Best New Artiste of the Year, Highlife/Hip-hop Artiste of the year, Highlife/Hip Hop song of the year, and Most Popular Song of the year for his hit song Kweku the Traveller, a song off his maiden studio album, The ‘Villian I Never Was’.
Meanwhile, Blacko, who is currently on tour in Ghana, could not attend the event which was held in London over the weekend
However, his awards were received on his behalf by his team.

Sina Rambo’s mother-in-law calls out Davido over alleged threats to her...