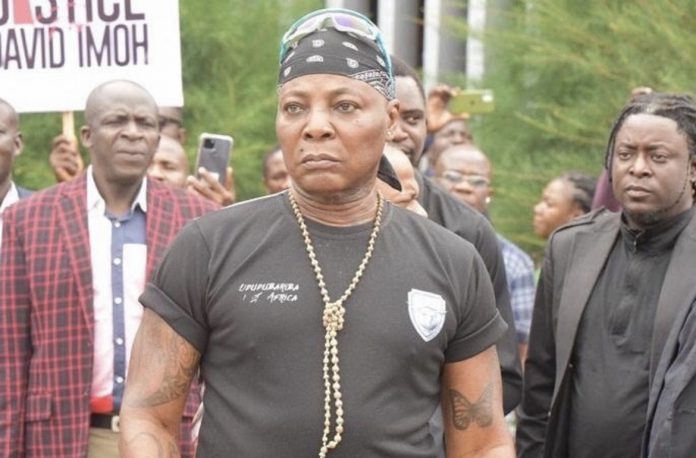 Nigerian activist, Charles Oputa, popularly Charly Boy has strongly criticized jungle justice that happened in some parts of the country.

He made the condemnation while leading a protest against the murder of Deborah Samuel, a female student of Shehu Shagari College of Education, Sokoto, gruesomely killed for alleged blasphemy.

Calling for urgent measures by the government to fight jungle justice in Nigeria, he said, ”We can’t pretend that our sensibilities have not been assaulted by so much bloodletting happening all over our country.

”If poverty, hopelessness, hunger and the indiscriminate killings of our sons and daughter can not unite us, what will?”

Earlier, the President of the Christian Association of Nigeria (CAN), Reverend Samson Ayokunle, had on Sunday, disclosed that the Christian body will not sleep without sufficient justice for the killing of Deborah Samuel.

According to him, the body is making every move to ensure that the perpetrators of the deadly act do not go unpunished

“Nobody should use Android phone to take photos of me”- Bobrisky

Enyobeni tavern: SA in need of a serious conversation about underage...

Burna boy praises sister as one of the creators of the...