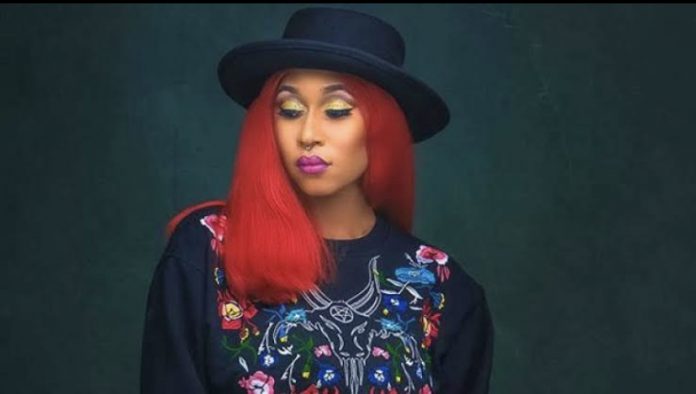 The artiste said she insisted on having Burna Boy in her video and that almost made her lose her deal with her then label boss, Jude Okoye.

This all began when an argument ensued between fans of top singers on Twitter, who wanted to speak highly of their favourite artistes.

During an argument, a tweep had thrown shades at Burna Boy for being a “video vixen” for Morgan while Nigerian superstar, Wizkid, was already hanging out with top international artistes.

Responding to the tweet, Morgan had said, “Burna Boy has always been a big artist. You were just a kid.”

Morgan, who shared the screenshot of the tweet on her Instagram story went on to reveal how she got Burna Boy to feature on “Simatiniya” video.

She said, “To me, Burna Boy was the biggest artiste in africa when I picked him for Simatiniya video.

“And I remember almost losing my record deal with Jude Okoye’s label for standing my ground that it was only Burna Boy I wanted and no one else.

“I know a lot of you love living in lies either due to tribalism or personal hatred but please, I never want to see my name in any sentence that has to do with a Burna Boy slander.

“He is the best and the biggest artist in Africa till I pick the mic again.”

Morgan, who took a break from singing after a fallout with Okoye, had earlier faulted a song by Burna Boy.

When Burna Boy featured Wizkid in his song, B.D’or, in December 2021, Morgan had stated that Burna Boy was ‘losing it’ with his music arrangement.

Two Dead As Three-Storey Building Collapses In Lagos During Rainfall

Mercy Aigbe clears air on why she married Adeoti Kazim