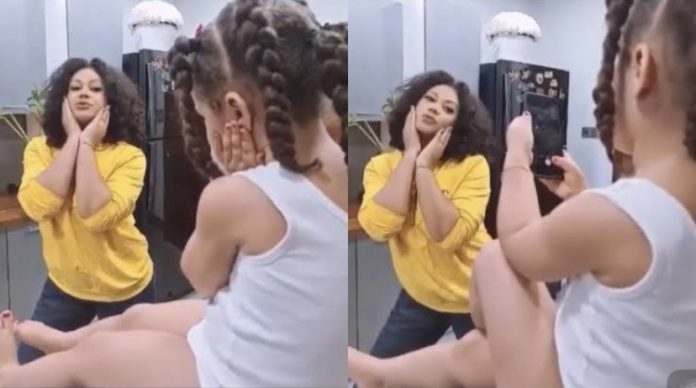 She made this disclosure in a video she shared on Instagram yesterday, showing Van Vicker as the father of her beautiful daughters.

She was caught with Vicker as she disclosed him as the father of her kids, saying, “so, a lot of you have been asking me to reveal the identity of the father of my kids.

She was once married a Lebanese man whose name is not known.

“Today, I have a surprise for you. Yes you guessed right. I want to reveal to you the man who gave me four adorable queens.”

Responding to the video, Van Vicker said, “Hello Everybody! I’m feeling myself.”