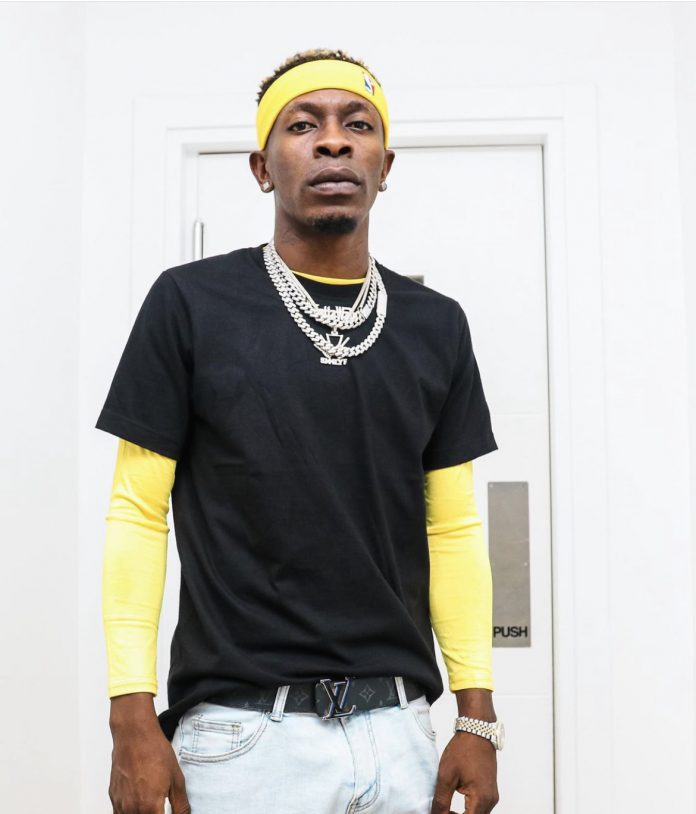 Ghanaian reggae-dancehall artist, Shatta Wale has been accused of unprofessional behaviour after he failed to represent his brand at a recently wrapped UK event.
The just-concluded event was generally successful as so many Ghanaian artistes performed their hit songs to fans living in the UK.
Just after the event, Rumours of friction between the organisers and Shatta Wale started to pop up after he was missing in action.
Meanwhile, One of the event organizers who was recently questioned about why Shatta Wale was not present during the interview responded that Shatta Wale apparently tabled some last-minute demands just 12 hours before the main event.
The organiser however was unable to answer when asked to specify the expectations of the Ghanaian artiste, claiming that he cannot provide that justification since he was not informed of the conversation.
Notwithstanding, he was able to confirm that Shatta Wale had made additional monetary demands  few hours prior to the concert.

Tracey Boakye has been slammed by fans for running her husband’s Instagram account to shower praises on herself.

“I can’t do this anymore, I give up” — Influencer Papaya Ex bemoans after spending N50k on data weekly

Whitman downplays US travel advisory on Kisumu, says it is routine