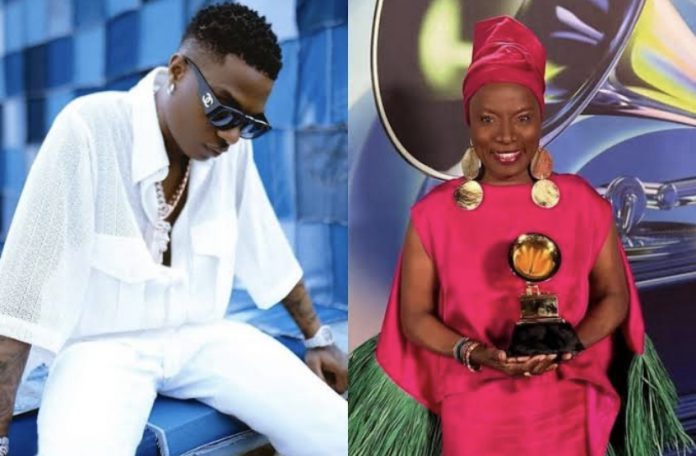 The loss of Wizkid at the Grammy had prompted a surge of complaints among his enthusiasts on social media with some celebrities also calling out the Recording Academy.

Wale, the Nigerian-American rapper, had earlier said that “Essenceby Wizkid with Tems, deserves multiple awards at the Grammys.“

Also, British actress turned model, Naomi Campbell blasted the organisers of the Grammy Awards, contending ‘Made In Lagos’ album and ‘Essence’ were placed in the wrong categories and alleged Grammy Organisers always find new paths to misrepresent and ignore the categorization of Afrobeats

Close to 48 hours after the Grammys, Wizkid went on his Instagram Stories to congratulate Kidjo and Black Coffee for their wins at the award ceremony.

He posted, “Love to my brother a true King Black Coffee and Queen Angelique Kidjo for consistently shining light to the continent. African music rising.”

Gov’t to launch emergency line on Tuesday over terror threats

Wizkid, Zlatan meet, engage each other