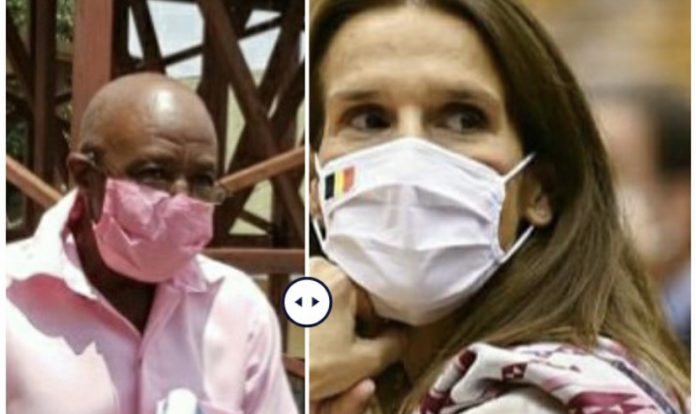 Sophie Wilmes, who is the Belgian Foreign Minister, has said that Belgian and ‘Hotel Rwanda’ film hero, Paul Rusesabagina, did not enjoy fair and proper trial in Rwanda.

Madam Wilmes was planned to hold talks with Rwanda’s government officials on the sidelines of the United Nations General Assembly in New York but Rwanda abolished the meeting after she condemned the jailing of Mr Rusesabagina.

According to the Foreign Minister, despite repeated pleas from Brussels, “Rusesabagina did not benefit from a fair and equitable trial; particularly with regard to the rights of the defence”.

She observed that “The presumption of innocence was not respected either.”

A court in Rwanda on Monday, September 20, 2021, sentenced the hero of the Hollywood film, ‘Hotel Rwanda’, Paul Rusesabagina, to 25 years in prison for terror-related offenses

The court  found him guilty on terrorism-related charges.

The 67-year-old was found despite previously rejecting all charges.

The charges relate to Rwanda’s 1994 genocide in which an estimated over 800,000 people were massacred.

Local media reports cited the trial judge, Beatrice Mukamurenzi, as saying on Monday that “They should be found guilty for being part of this terror group – MRCD-FLN.”

“They attacked people in their homes, or even in their cars on the road travelling,” the judge added.

According to the judge, “he [Rusesabagina] founded a terrorist organization that attacked Rwanda; he financially contributed to terrorist activities.”

Lift the flag of Ghana high – Ga West MCE to...

“Kenyan men are stingy but If you want to die young,...