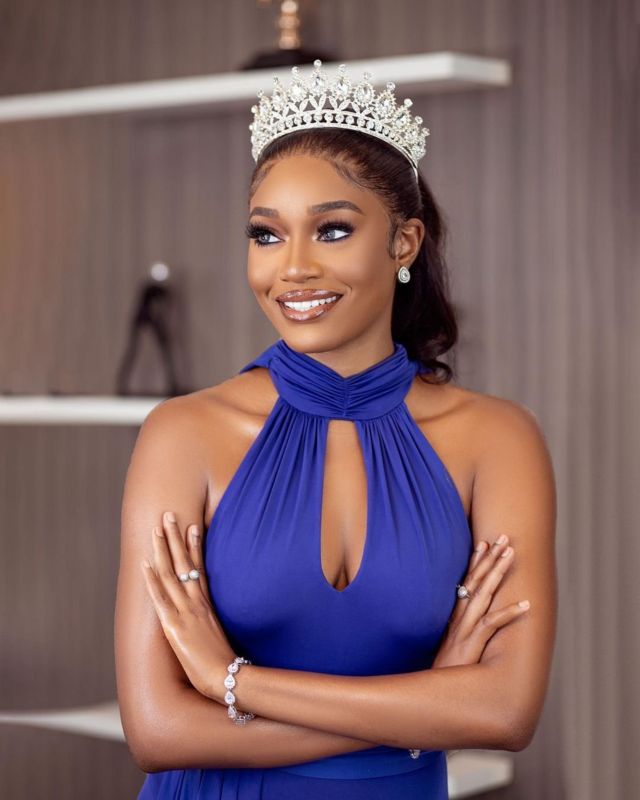 Shatu Garko, the winner of 2021 Miss Nigeria, has reacted to criticisms over her participation in this year’s edition of the beauty pageant.

Garko, who is from Kano, recently became the first hijab-wearing contestant to clinch the much-coveted crown since the pageant debuted in 1957.

But her participation in the contest has continued to elicit mixed reactions due to her religious background as a Muslim.

The Kano state Hisbah board had described the beauty pageant as anti-Islam and announced plans to interrogate Garko’s parents for approving her participation in the contest.

But in an interview, the peagant winner hit her critics, saying “Nigerians like judging people.”

The new Miss Nigeria also dismissed claims by some people that she paid to emerge the winner of the contest.

“Honestly, Nigerians like judging people. Many people said the president paid for me to get the crown, others said the state governor paid to get me the crown. There are also those who claimed my parents paid Miss Nigeria but that’s not true,” she said.

On Hisbah’s claim, Garko said she is yet to get an invitation but has received several scathing remarks from people.

The hijab model, however, said she remains unperturbed by criticisms, adding that there is nothing she can do about the crown.

“No one has called me but I’ve gotten so many comments and DMs that ‘I was naked’, ‘I’m doing the wrong thing,” she said.

CNDH Launches Series of Debates on Effectiveness of Rights and Freedoms

‘The ANC we are in alliance with, is not the ANC...