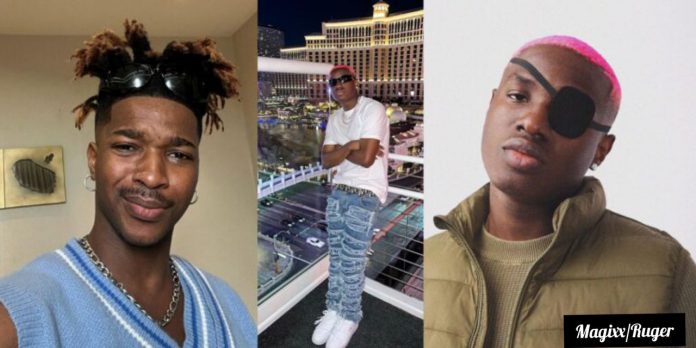 Ruger, a 23-year-old singer, dropped his latest tracks titled “Red flag” and “Asiwaju” on Tuesday, November 15, few days after he threw jabs at Mavin all-stars and other singers.

Report had it that last Thursday, Ruger, while promoting his new singles, apologized to his fans for allowing them listen to “noise”, referring to songs released last week

According to him, he would release good music for them soon and that they should bear with him for making them suffer with low quality music.

Ruger tweeted, “I’m so sorry for letting you listen to so much noise this week 🫢 pls forgive me 🙏🏾. RED FLAGS drops NOVEMBER 15th with visuals 🕺🏾. Thank you.”

Following the release of Ruger’s new tracks on Tuesday, Magixx, in an apparent attempt to pay him back for his earlier statement, also berated his newly released songs.

‘His age does not limit his ability’ – Sanco KZN elects...

Do You Still Have COVID? – Moment Nicki Minaj asks Drake...