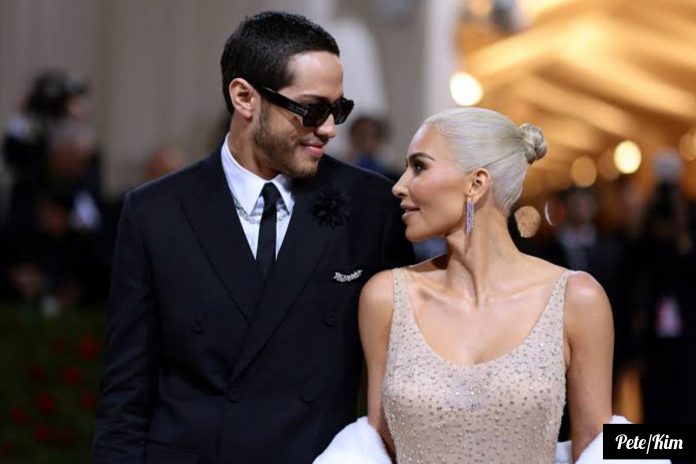 There must be something special about American media celebrity, Kim Kardashian because every man who leaves her goes on to have some kind of mental breakdown!
Pete Davidson, her ex, reportedly had a mental breakdown during his time on the set of Bupkis, a television show he’s currently filming.
According to reports, Pete wants a reconciliation with Kim but she turned down his attempts for a comeback, which reportedly set him off.
A close source claimed that Pete flew out of control, and began acting irrationally.
Meanwhile, since the alleged startling incident, the former Saturday NightLive star has been given time off to “focus on himself.”
“Pete threw two candles through his trailer and damaged a second truck’s windshield,” the source revealed.
“He also threw coffee on the walls and folded a TV in half inside his trailer.”
The unidentified source told Newsmen that the blowout was due to Kim breaking his heart again.
“Pete is obsessed with Kim. But she’s fresh out of a marriage, and she’s not ready to have the intense kind of relationship that Pete wants. She told him to move on.” the source added.