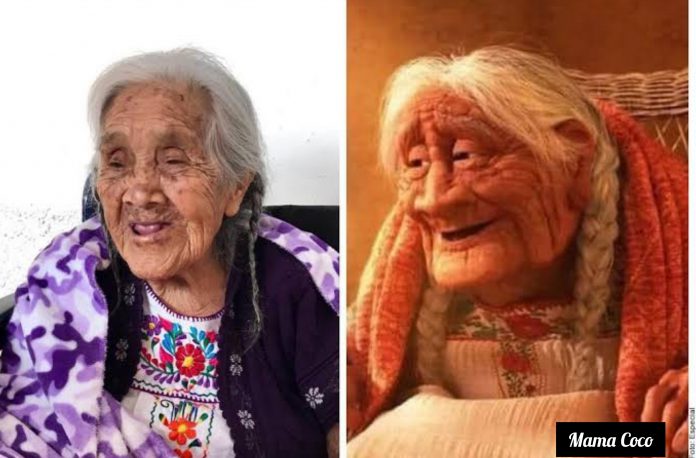 The woman who supposedly inspired the character of Mama Coco in Disney-Pixar’s Coco, died at age 109 in Santa Fe de la Laguna, where she was also born.
The Secretary of Tourism for the Mexican state of Michoacan, Roberto Monroy, confirmed her death on Twitter.
Meanwhile, Caballero’s cause of death has yet to be revealed but Monroy remembered her as a “tireless woman and life model.”
She’s come to be known as “Mama Coco,” named after the Disney/Pixar character of the same name in the 2017 animated film.
However, the film is centered around Mexico’s Day of the Dead traditions and actress Ana Ofelia Murguia voiced Mama Coco.
Caballero’s family claims a team from Pixar visited their area, photographed her extensively, and lived with them for a while.
Meanwhile, Disney never officially acknowledged Caballero as the source material behind its titular character.
The family asserts a lot of the same buildings and architecture Pixar/Disney documented while researching the movie showed up in the film.
With that said, her family stopped seeking recognition/validation from the company some years ago, even though she’s a local legend.
Meanwhile, Caballero was a clay craftswoman who made pots and other items she’d sell to locals.
She is survived by three children, many grandchildren, and even more great-grandkids.

“Nancy Isime went under knife, but is hiding under exercise” –...