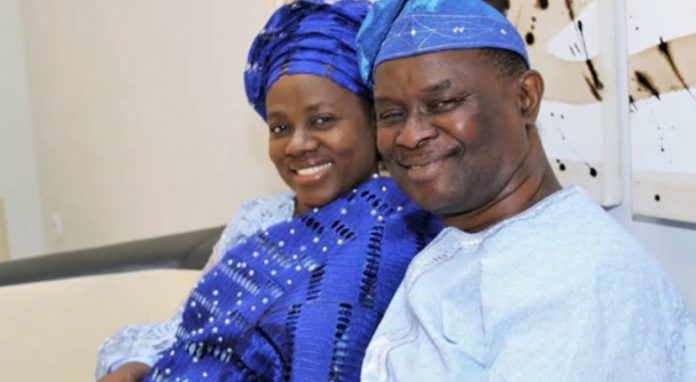 In an Instagram post, Bamiloye disclosed that gloria, during her National Youth Service corps days, assisted him with her allowance to organise programs.

The lengthy post read, “What did she see in me when she said yes to my Proposal? She saw visions! She saw callings! She saw what I did not see! The girl who saw tomorrow!

“I had been on full time ministry and she had been in school. I would collect money from her and use it to print program posters. Then when she began to work during f the one-year service, she would collect her allowance and bring it to me to use for programs.

“Celebrate the girl who saw tomorrow! Ah! She never saw any inadequacies in me but visions and calling and ministry. No job, but ministry.

“No house but only one room that contained all my belongings: standing hanger, cupboard, bookshelf, cooking pots and a standing fan that had no leg and a small black and white television.

“She saw into the future! She saw greatness and relevance in the future. She married me at 24! And I was 28!