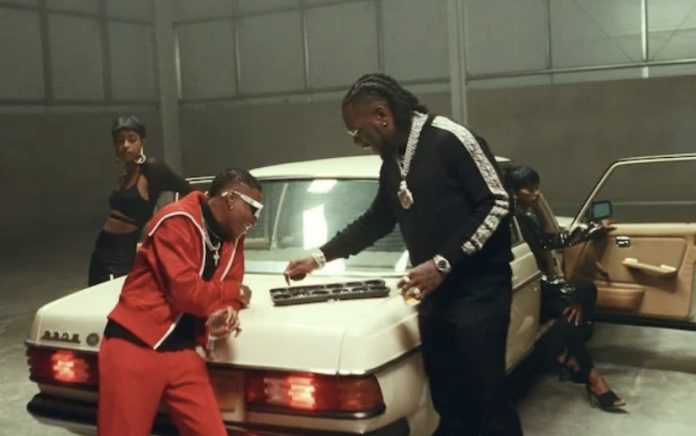 Burna Boy, has denied claims in some areas that he is in a competition with Wizkid, his colleague in the music industry.

In March, the duo of Burna Boy and Wizkid won the Grammy award. They were also nominated for the ‘Best International Act’ category at the 2021 edition of the BET Awards which was won by Burna Boy.

Their successes have made them the discourse of debate on different occasions with fans most times arguing over which of them is the better artiste.

Meanwhile, speaking during the show, Burna Boy said there is no hatred between him and Wizkid.

He said that they are both two different artistes, noting that while he sings about real life, Wizkid mostly explores songs bordering on women.

He however said the similarity between them is their country of birth and the love they have for each other.

“No, we’re not competing. We are on two different lanes in life, you know? And the only similarity really, is the fact that we are from the same place and we love each other, you get me?”

“That’s what brings us together. It’s where we’re from and the love we have for each other. Other than that, we are on two different lanes… Wizkid is about the b*tches, You get me? I’m about real life and the b*tches…..”

From Christchurch to Queenstown & Beyond

Olamide reveals why he works with upcoming acts