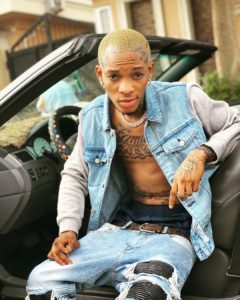 The rapper and songwriter who specializes in trap music reportedly died yesterday, November 7, according to friends mourning him online.

His last song, Gone & Dead, was released less than 3 months before his death was announced on Twitter by friends.

Also, in his previous song titled Pray We Live Long, he rapped that his mother dreamt about him dying.

Akufo-Addo creates more jobs for youth even in economic hardship –...