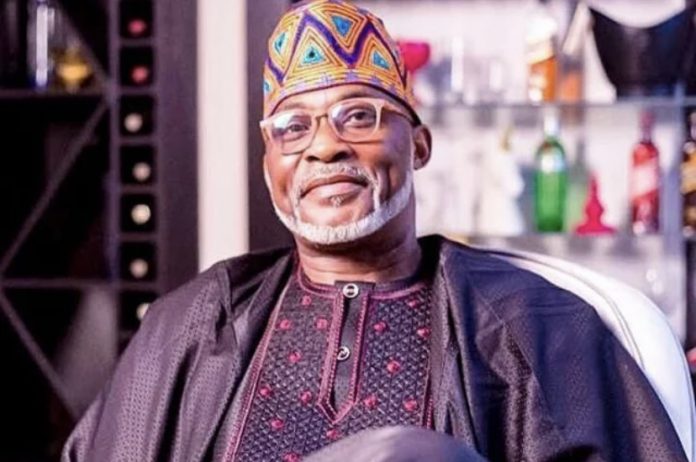 Well known Nigerian acts, Joke Silva and Bolanle Austen-Peters,  have collaborate with others to give kudos to RMD, who is their colleague in the movie industry, ahead of his 60th birthday.

Richard Mofe-Damijo, known as RMD will clock 60 by tomorrow, 6th of July.

Two days ago, an online meeting having important personalities in the movie industry and academics was held in honour of RMD

The event, titled “Real Men Dance: The Significance of Richard Mofe-Damijo,” looked into RMD’s career strides as an actor and how he has continued to motivate others.

While speaking, Silva recalled meeting RMD in 1984 at an event. She added that ever since then, the actor has played an important role in the growth of Nigerian movie industry.

“We have been together since 1984, it’s been quite a journey. I wish you all the best. It’s just so wonderful to have known you over the years. You’ve not only been a brother, we have done a lot work together in the industry,”

“I shall join you in a couple of months to also clock 60. I thank God for all you’ve been able to achieve in the past years. God will strengthen you give you plenty of abundance.”

Also, Bolanle celebrates RMD for the positive changes of his in the narration of the country’s film industry through his success and motivating the younger generation in the process.

“You have shown us the possibilities that are inherent in Nigeria where being an actor is extremely difficult. But you’ve been able to reinvent what acting should look like and what actors should also look like,”

“You have reminded all of us that we should be the biggest promoters of our brand. You have also become a role model for a lot of young ones in the movie industry. By working with a lot of young people, you have bridged the age issue in Nigeria.”

Other who spoke include: Niyi Coker, Olusegun Ojewuyi, Kole Ade Odutola, Obi Nwakanma and Benjamin Ohwovoriole. They emphasized the need to record people such as RMD who have impacted lives positively for future reference.

Reacting, RMD thanked the organisers of the event, appreciating the participants for their good wishes.

Search continues for five mineworkers trapped at Implats’ Rustenburg mine

Bovi puts up son ‘for sale’ after breaking TV