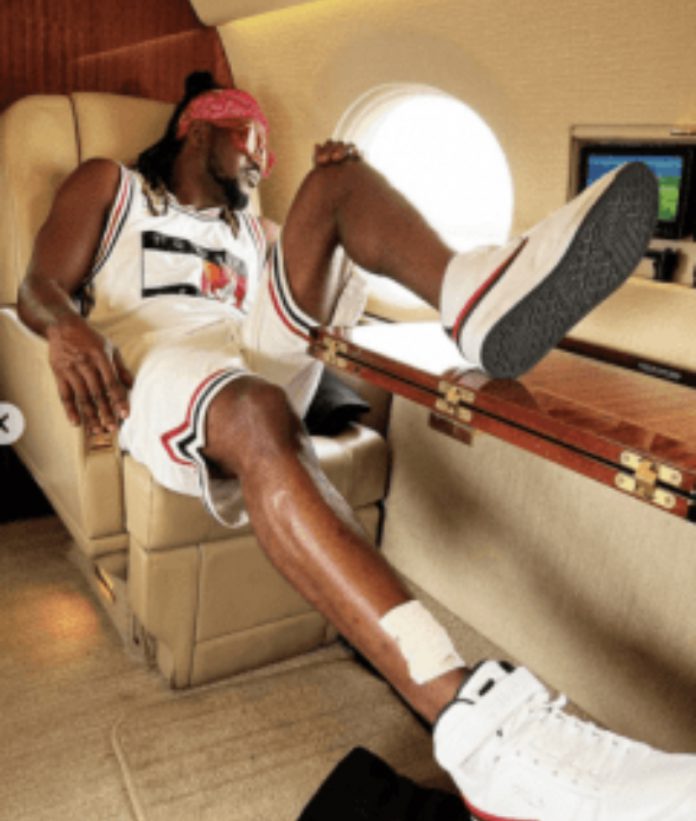 Paul Okoye, the Nigerian singer better known as Rudeboy, has sustained a leg injury after a performance in Liberia.

The music star, who is one-half of the music duo P-square, spoke about the injury on his Instagram story on Friday.

Okoye shared a video of himself being treated after sustaining the injury.

He captioned the video “injury after performance”. In another video, the singer’s leg was being stitched.

The development comes about two days after the singer shared pictures of his return to Nigeria on his social media pages.

In the pictures, his leg was bandaged as fans took to the comment section to ask about his well being.

The singer also put out pictures of himself and Peter Okoye, his brother, where they performed in Liberia.

This included a picture they took with Jewel Taylor, the vice president of Liberia.

Peter and Paul parted ways in 2017 after a disagreement on the role of Jude Okoye, their older brother, as manager.

Last November, they ended their five-year feud and thereafter held their first headline concert in December.

American singer, Travis Barker breaks silence about his sickness after being hospitalized.

Kalu Ikeagwu tells court to dissolve 6 years of marriage with...