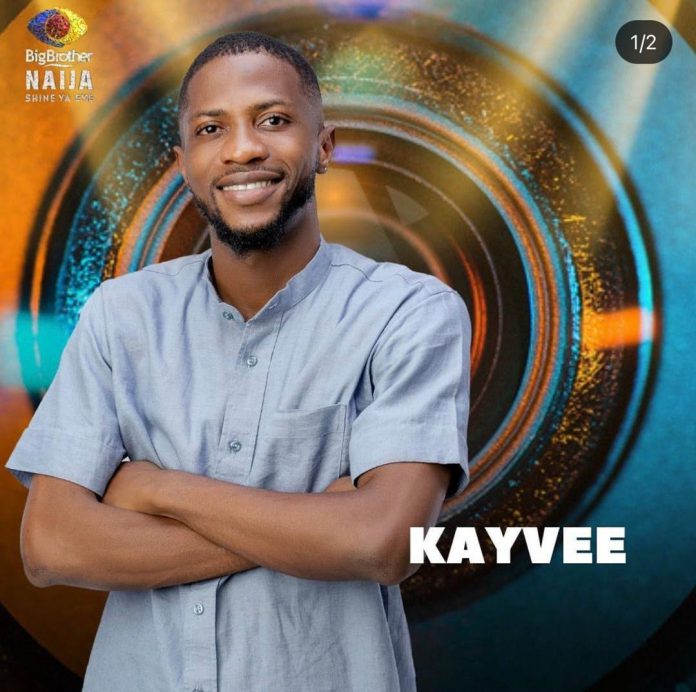 It is no more news that Big Brother Housemate, KayVee, has left the show after spending a week in the house.

Recall that some housemates in the Big Brother Naija show had expressed concern over Kayvee’s change of behavior in the house a few days ago.

Facts have now emerged as to why the Ogba Lagos-based entertainer had to leave the show with information pieced revealing that KayVee could no longer continue on the reality show due to health concerns.

His withdrawal from the show after just about a week in the house left other housemates in shock as viewers at home could not understand what happened.

Kayvee, who was introduced to the show alongside Queen, Michael and JMK last Sunday, had complained to his fellow housemates yesterday that he felt unwanted in the house.

While some housemates said he may have had difficulty adjusting to his new environment and needed to mix/trust more, others said he needed psychological evaluation due to his sudden change in behavior.

He was called into the diary room early Monday morning and didn’t return into the house thereafter. Big Brother would later formally announce his exit to housemates.

“Kayvee, one of the housemates in the Big Brother Naija Shine Ya Eye Season, has been exited from the House on medical grounds.

Prior to this, he had a consultation with Big Brother and the on-site medical team, where it was decided that he had to leave the house for a more thorough medical investigation.

MultiChoice and the show producers, are committed to ensuring the safety and wellbeing of all housemates in the Big Brother house at all times.”

‘Multiple Fatalities’ In US Walmart Shooting

The school is guilty, says Tonto Dikeh as she reacts to...