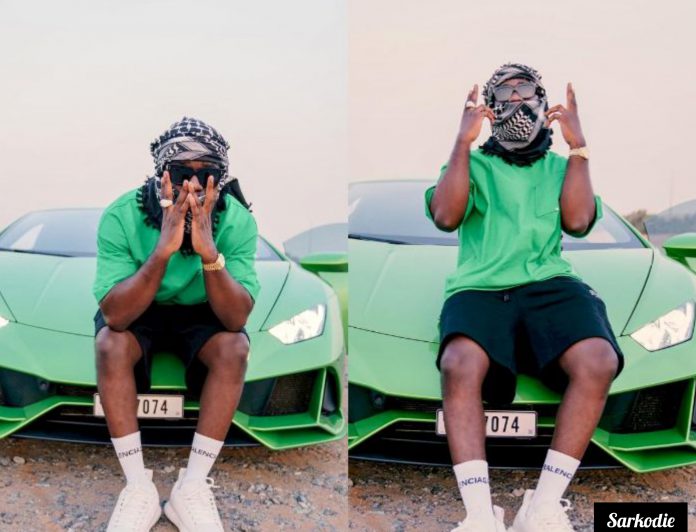 Ghanaian rapper, Michael Addo, popularly known as Sarkodie, poses with an allegedly rented Lamborghini in Dubai.
.
Sarkodie, who was spotted in the desert posing for photos, flaunting a 2022 Lamborghini Huracan worth approximately $200,000.
However, There are speculations the Car isn’t for the rapper but one he got from someone to flaunt his status.
Remember this act is a common phenomenon amongst celebs, with Stonebwoy admitting it once during an interview.
Meanwhile, it’s in the same vein as Shatta Wale spraying his old Range Rover and having it presented to him as a new gift during his birthday.

‘I will never be sorry for standing against sexual assault’ –...

You are nothing but a brag, says Charity Nnaji to Mercy...