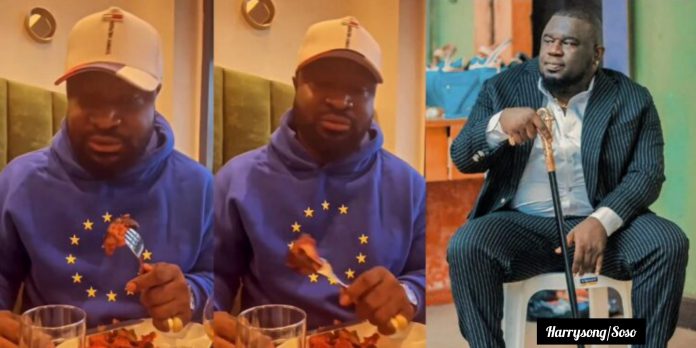 Nigerian singer, Harrison Tare Okiri, popularly known as Harrysong, has retracted his earlier claims that music executive, Soso Soberekon, sent assassins to kill him.
This U-turn statement comes after Soso filed a petition to the Inspector General of Police accusing Harrysong of defamation and threat to life.
It would be recalled that the drama started after Harrysong in a recent interview alleged that Soso is not his friend as many believe as he sent people to kill him in Port Harcourt.
Meanwhile, Soso did not take the claim lightly and slammed Harrysong with a suit demanding he retracts the statement and pay N500M as compensation. He also threatened to drag him to court if he fails to do so.
Harrysong was thereafter picked up by the police and taken into their custody for questioning.
However, following his failure to provide evidence of his claim, he was forced to apologize to Soso before he was released.
The 41-year-old singer has now retracted his allegations against Soso.
While speaking in a video shared online, Harrysong said Soso did not send anyone to kill him as he claimed earlier.
He however stated that the assassination attempt was true but Soso was not the culprit.

“The wrong ones shouldn’t stop you from giving love a chance”-Actress...