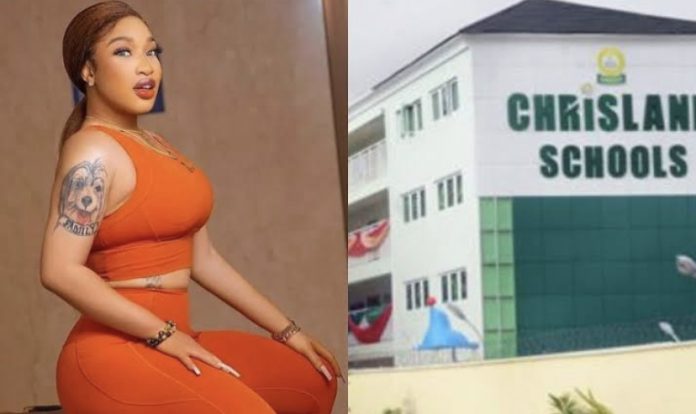 Nollywood actress, Tonto Dikeh has reacted to the viral video of a 10-year-old female Chrisland student who was said to have been gang-raped and harmed by some male students.

The video shows the pupils in a sexual act which the mother of the female student says was done under the influence of alcohol and drug.

The actress drew her opinion from the video, saying it’s not the first time the young girl would have sex.

According to the actress, the young girl has someone older somewhere having sex with her.

Tonto posted on Instagram: “Ok so I just watched the Chrisland video all I can say is that is not rape, that 10-year-old girl knows sex in my opinion it’s not her first nor fifth time.

“She has a much older groomer somewhere”

She also added that Chrisland school is guilty of sealing the truth from the parents.

“The family needs to ask the right questions and protect the girl more. Please stop sharing the video.

“The school is GUILTY for Concealing the truth on such a HORRIBLE CRIME! Our leaders need to do better. My opinion comes from a 52sec video I watched,” she said.

Heartwarming moment Ghanaian Singer, Kuami Eugene drags his Househelp to perform with him on stage