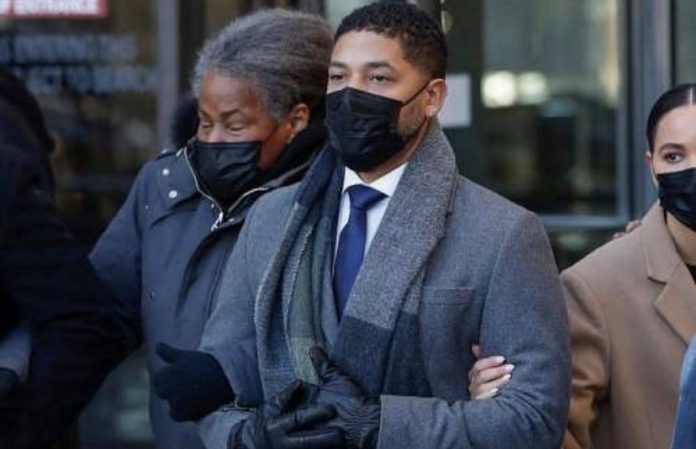 US actor Jussie Smollett lied to police when he claimed to have been a victim of a racist, homophobic assault, a Chicago jury has found.

At trial this week, Smollett, 39, stood by denials that he staged the hoax attack against himself.

Prosecutors countered that he “lied for hours” on the stand as he repeated what he told to Chicago police.

He was found guilty on Thursday of five counts of disorderly conduct.

Each count carries a penalty of up to three years in prison. Given Smollett’s lack of previous convictions, experts have said a lighter sentence or probation is likely. A sentencing date has yet to be scheduled.

The jury of six men and six women reached its decision one day after deliberations began.

The trial stemmed from an incident nearly three years ago, in January 2019, when the former Empire television show star told police he was the victim of an attack.

Smollett, who is black and gay, told police he was set upon by two assailants who shouted slurs, yelled a Trump slogan, dumped a “chemical substance” on him, and tied a noose around his neck while he was walking late at night in Chicago.

‘Nisr’ the Griffon Vulture is Safe and Soaring in Egyptian Skies

Shatta Wale approves Gambo as the “Future of music in Ghana”

EFCC: Overnight stay of Obi Cubana implies he has a severe...