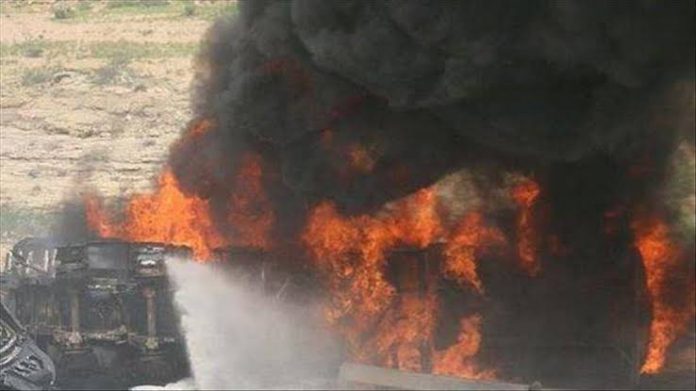 The Police reported that 13 people died and many others were seriously burnt when an overturned petrol tanker exploded in western Kenya as crowds gathered to collect the spilling fuel.

The fuel truck was said to have collided with another vehicle and toppled over late on Saturday near Malanga, some 315km (195 miles) northwest of Nairobi, on the busy highway between Kisumu and the border with Uganda.

“It burst into flames as they scooped fuel that was flowing,” said Charles Chacha, a local police chief in Siaya County where the accident occurred, on Sunday.

“We counted twelve bodies at the scene. Another person died in hospital from their injuries.”

It was gathered that fire crews arrived on the scene two hours later to douse the inferno while those injured in the blast were taken to hospital.

“Many others have been taken to hospital with serious burns and they include young children,” Chacha explained.

The cause of the explosion is not yet known.

CJ Koome presides over admission of 96 lawyers to the Roll...

6-Year-Old Boy Confirmed Dead after Falling into a Deep Well in...