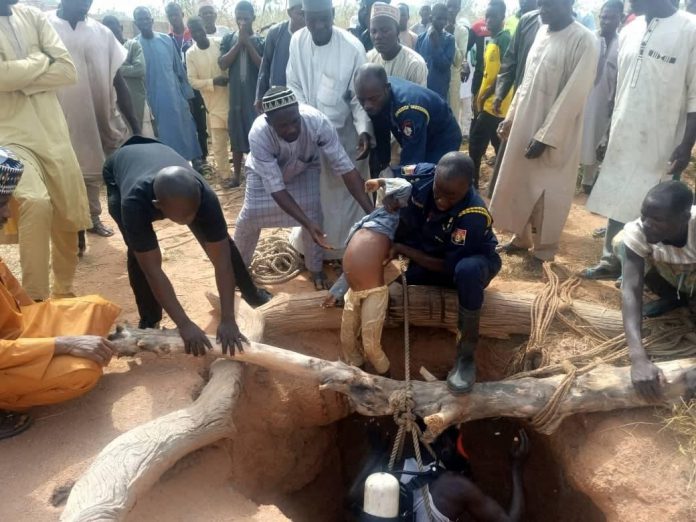 Officers of the Kano State Fire Service has recovered the body of a 6-year-old boy who drowned after falling into a deep well at Yansango Kumbotso Local government Area of the state.

The Service Public Relations Officer, Saidu Muhammad, confirmed the incident in a statement on Wednesday, November 4, stating that boy was recovered dead and the body handed over to the ward head.

According to Muhammad, “We received a distress call from Yansango and sent our rescue team to the scene of incident. It was discovered that a boy of about 6 years old fell inside a well. The victim was pulled out unconscious and confirmed dead. His corpse was handed over to the ward head of Yansango, Alhaji. Ashiru Musa.”