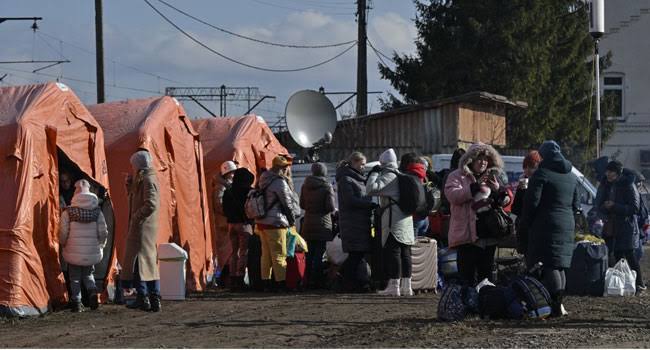 Close to 4.2 million Ukrainians have left their country since Russia’s invasion began on February 24.

The United Nations refugee agency, UNHCR, disclosed on Sunday that 4,176,401 Ukrainians had fled in just over five weeks, up 38,559 from the figure given a day earlier.

Women and children account for 90 percent of those who have left Ukraine, with men aged 18 to 60 eligible for military call-up and unable to leave.

The UN’s International Organization for Migration (IOM) said that in addition to Ukrainian refugees, nearly 205,500 non-Ukrainians living, studying or working in the country have also left.

Meanwhile, nearly 6.48 million people were estimated to be internally displaced within Ukraine as of mid-March.

That puts the total number of people displaced by the conflict at well over 10 million, or around a quarter of Ukraine’s total population.

It was gathered that before the attack, Ukraine had a population of 37 million in the regions under government control, excluding Russia-annexed Crimea and the pro-Russian separatist regions in the east.

Insecurity: Nigeria is in a critical situation – Minister of Defence,...