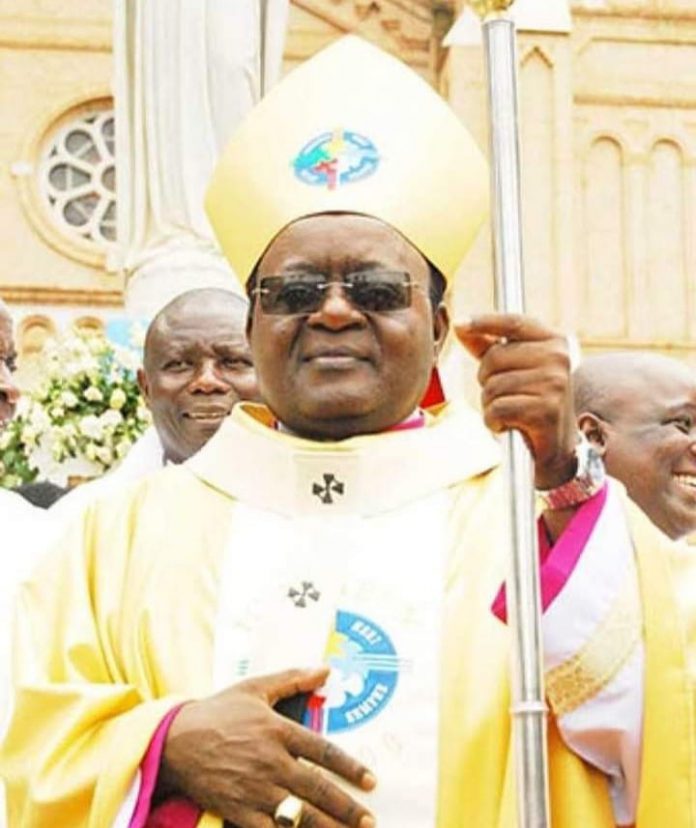 The Catholic Church has announced the demise of the Archbishop of the Archdiocese of Kampala, Uganda, Dr Cyprian Kizito Lwanga, was reportedly found dead in his bedroom on Saturday morning, April 3.

“With deep sorrow, I hereby inform you that our beloved Shepherd, the Archibishop of Kampala Archdiocese, His Grace Dr Cyprian Kizito Lwanga has been called to the House of the Lord. The Archbishop was found dead in his room this morning. We pray that the Almighty and Merciful God may grant him eternal rest. Further arrangements will be communicated later,” he said.

Dr Lwanga, who died at the age of 68 was last seen in public on Friday, April 2, 2021, when he said mass at Rubaga Catholic church where he led the homily of Good Friday celebration.

During a sermon on Good Friday in April 2018, Dr Lwanga revealed that his life had been threatened by an anonymous caller who claimed the state had received information linking him to a plot to overthrow the government.

“A few days ago I got a telephone call and on the the telephone you can see the number of the person but it had ‘private’, so I didn’t know [who was calling]. This person had an accent from western Uganda and this is what he told me. That ‘there are many lies being told to the president’. Two, that ‘even members of these organisations have recruited your priests, your sisters, your brothers, even catechists and even seminarians.’ And I said, ‘what?’ the Archbishop said.

“Even this man [anonymous caller] told me last week that be careful my Grace. You might be the next [Janan] Luwum. I said my goodness! If God wants me to die that way, I will. But if I am going to die for wrong accusations, that is criminal. You know for murdering people there are two things; you can shoot a person over what they call character assassination. So some members of ESO, ISO, CMI etcetera, they are character assassinating people and that is not good. But fortunately, those of you who are believers, there is still in a period of lent which are concluding tomorrow…I kindly call upon you to repent and stop telling lies.” Lwanga pleaded.

Meanwhile, President Museveni has joined a growing list of government officials, opposition politicians and other members of the public to eulogise the Archbishop.

“With profound grief, I have learnt of the death of Kampala Archbishop Cyprian Kizito Lwanga. I join the Catholic Church, all religious faithful, and the country in mourning Archbishop Lwanga. He has died in faith. May God grant his soul eternal repose,” the president tweeted.

Chibok Parents, Activists clamour for the release of Chibok girls as they spend 7th year in captivity