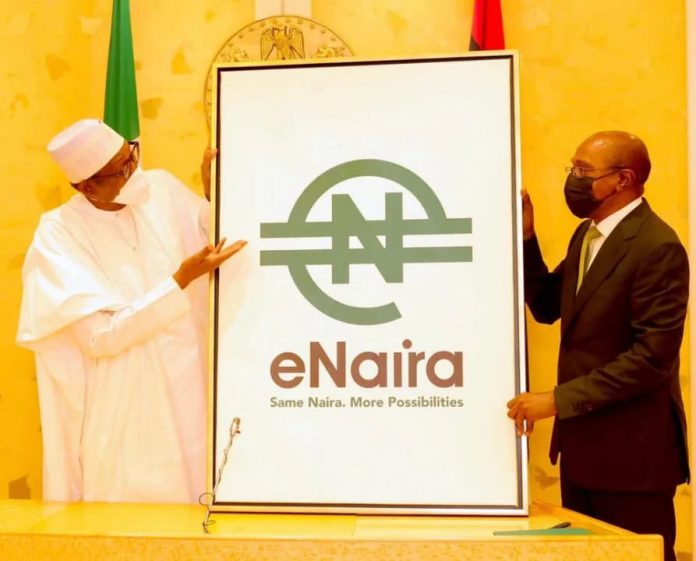 The Governor of the Central Bank of Nigeria (CBN), Godwin Emefiele stated that more efforts were being made to ensure faster adoption of the eNaira app by Nigerians.

The CBN governor stated this at the 56th Chartered Institute of Bankers of Nigeria (CIBN) Annual Bankers’ Dinner held at the Federal Palace Hotel, Lagos, on Friday night.

The CBN governor also disclosed that the country’s digital currency, eNaira, Application recorded about 600,000 downloads in less than four weeks after its launch by President Muhammadu Buhari on October 25.

“In less than four weeks since its launch, almost 600,000 downloads of the e-Naira application have taken place.

“Efforts are ongoing to encourage faster adoption of the e-Naira by Nigerians who do not have smartphones.