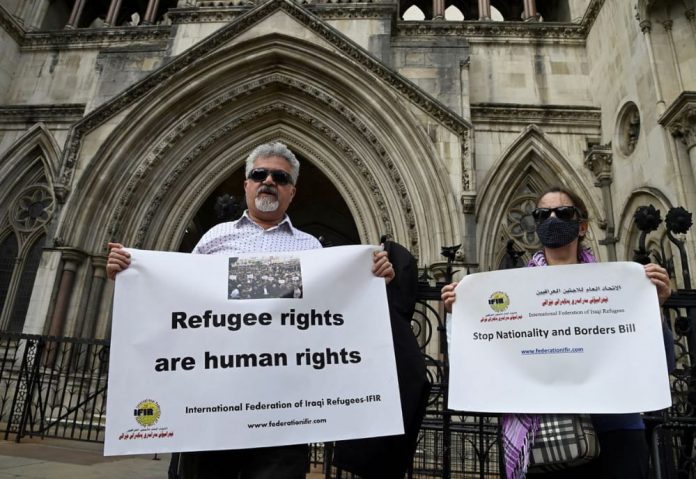 Britain’s government has received approval from the court to begin deporting asylum seekers to Rwanda as the High Court dismissed campaigners’ attempts to win an injunction.

It was announced that the first flight would leave this week.

Judge Jonathan Swift on Friday refused to block the removal of Iraqi and Syrian asylum seekers and denied an injunction to bar the first flight to Rwanda on Tuesday.

“There is a material public interest in the Home Secretary (Priti Patel) being able to implement immigration decisions,” Swift said.

He said some of the risks facing the deported asylum seekers outlined by the charities were small and “in the realms of speculation”.

However, Friday’s ruling is only an initial and partial victory because the court granted human rights groups permission to appeal the decision to the Court of Appeal, and individual legal appeals have been submitted against the government.

Meanwhile, the High Court will also hear a judicial review before the end of July, which could block the government’s plans.

“We cannot allow people traffickers to put lives at risk and our world-leading partnership will help break the business model of these ruthless criminals.”

It should be recalled that Britain and Rwanda struck a deal in April for the African country to accept the deportees.

The government’s plan has led to an outcry from human rights groups, opposition lawmakers as well as some in Johnson’s Conservative Party.

Rose Hudson-Wilkin, a senior leader in the Church of England who is based in Dover, where many of the migrants have arrived, said she felt “deeply ashamed” of the court’s decision.

“It feels inhumane,” she lamented.

About 30 asylum seekers have been selected for removal. During the hearing on Friday, the government agreed to drop the immediate deportation of at least five other people.

Last year, more than 28,000 migrants and refugees made the crossing from mainland Europe to Britain. In November, 27 people drowned in the Channel when their small rubber dinghy deflated, and many others have needed to be rescued from the narrow seaway, one of the world’s busiest shipping lanes.

Under the government scheme, anyone who arrived in Britain illegally since Jan. 1 could be relocated to Rwanda.

Respond to bandits in the language they understand – President Buhari...